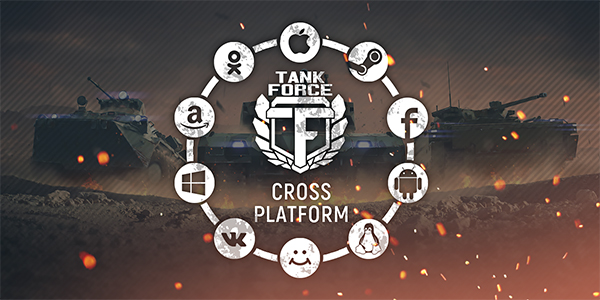 This is a new word in online tank battles, which combines the best qualities of a tank simulator and thrilling arcade battles. Large-scale battles and lots of really existing tanks and their modifications are already available in Tank Force.

Tank Force is a game with excellent graphics, advanced tanks and maps that allows you to compete with and beat your opponents from around the world.

Choose the real tanks from Russia, NATO. Take part in large-scale online tank battles in unique arenas, get rewards and higher rankings than other players. Earn money every day by winning in hot tank battles!

Many players from around the world are part of a growing community of tankers. Lead your tank into battle and join them, join in the fight for dominance.

Dive into the world of tank battles:

Complete, get and learn:

Battle it out on realistic maps, get legendary tanks, complete missions and earn a reputation among other players. You can get all that in one game - Tank Force, a free online tank shooter.
Tank Force

Tank Force - the coolest free online tank shooter This is a new word in online tank battles, which combines the best qualities of a tank simulator and thrilling arcade battles.